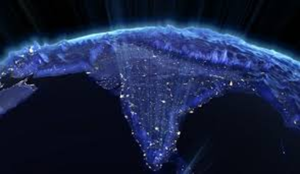 In my role as Entrepreneur in Residence at MIT and Program Director for MIT’s Global Founders’ Skill Accelerator (GFSA), I’ve been researching accelerator programs worldwide, and I thought I’d share some of that research in a series of blog posts. This is the fourth post in the series; read the other posts starting here.

Most startups in India, irrespective of the apparent strength of their products, realized that they needed external support in the form of incubators and accelerators to grow and mature. At the early stages of incubation, most of these ambitious startups simply received funding, but as business complications began to surface, the need for mentorship, expert guidance, training, even technology-enabled office space became necessary components of accelerator programs. Though differing in operational models, the accelerators and incubators share one common goal—to provide an impetus to a brilliant business idea so that the idea succeeds and sustains as a commercial venture in this competitive world.

The accelerators provide mentors, guides, and a platform to raise issues ranging from venture capitals, legal problems, to technology enablement. Most accelerators in India expect equity in a startup in return for the valuable support system they provide. The accelerator program in some cases can charge a fixed fee and no equity for all the rendered services, and considers the startup success to be their biggest reward.

Here are some future predictions for the Indian accelerator program market as outlined in the Indian media platform YourStory:

A recent byproduct of this growing trend of “boosted entrepreneurship” is the growth of specialized accelerators for vertical markets, such as education, finance, or health. More and more, industry-specific accelerators are filling up the Indian accelerators landscape.

There has been a sharp rise in the number of Indian accelerator programs in the last few years. The best part is that this growth has come pretty much equally in all spheres. The rising wave has left its undercurrents in all spheres of Indian business, beginning with colleges with their own incubator cells, and global accelerators like Kyron Global Accelerators have turned to the Indian market for expansions. This particular accelerator aims to fund 300 Indian startups by 2020.

This article on the Top 50 Incubators & Accelerators in India, by Truelancer, lists the top India-based incubator and accelerator programs by region, and is a great resource.