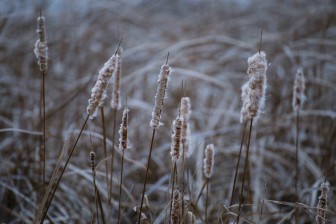 Call it the problem of the middle—the middle states and the middle class—two groups that have struggled with problems that, while they are inexorably linked, are different all the same.

Historically, most of the venture capital in America has been active on the coasts, leaving a vast portion of the country without seed money for innovative new startups. At the same time, the Midwest has suffered from a loss of manufacturing jobs and, as a result, has in some ways failed to flourish in the same ways as other parts of the country. And, of course, there is no shortage of news articles outlining the many struggles facing the middle class, in general, in America.

“We live in a fractured society,” argues MIT economist Peter Temin in an MIT News article on America’s two-track economy. “The middle class is vanishing.”

According to Temin, America now features two sectors: an FTE sector, where people who work in finance, technology, and electronics tend to thrive, and a low-wage sector, where workers often struggle. The middle class, traditionally an area of national strength, is starting to disappear. Moreover, the FTE sector overwhelmingly focused and fixated on both coasts, has for a long time neglected investment opportunities in the Midwest.

Venture capital—specifically venture capital aimed at the oft-ignored middle states—could be part of the solution. The central part of our country is often ignored as an ideas hub. Most accelerators, venture capitalists, and startup programs are focused on a few key cities on the east and west coasts. The Kauffman Foundation, known for its emphasis on education and entrepreneurship, recently published an article focusing on both the middle class and the middle states, asking: “Is the Middle the New Edge?”

It states: “The middle ground is too often dismissed as unremarkable when it is truly necessary. The middle should be appreciated as an admirable place to be – where people work together to solve big problems and move our nation forward.”

Interestingly, research from the Kauffman Foundation shows that while startup activity is half of what it was a generation ago, entrepreneurs are making a comeback – and the mid-country states are particularly active. Of the 10 metro areas with the highest growth in entrepreneurial activity last year, six are in the middle of the country. This short video gives a great overview of how the middle might be able to give our nation a crucial advantage.

One way to energize innovation and entrepreneurship in Middle America is with infusions of capital and training. Steve Case, the billionaire co-founder of AOL, has started a seed fund called Revolution that plans to raise up to $100 million to fund promising startups in the Midwest. J.D. Vance, author of Hillbilly Elegy, has teamed with Case to find the right companies to champion. They are also starting a “Rise of the Rest” tour to educate entrepreneurs and fund pitch contests in emerging startup communities in the middle of our country.

How can innovation and technology help in the middle?

A Boston Globe article titled “MIT Awards Focus on Tech That Helps Low, Middle-income Workers” focuses on MIT’s first Inclusive Innovation Competition. Erik Brynjolfsson, who helped launch the competition, points out, “Technology is creating enormous wealth and curing diseases. But a lot of people aren’t sharing in that bounty. It’s been easier to think, ‘how do I take an existing task and automate it?’ We are trying to change the conversation.”

The competition awarded prizes of $125,000 to four companies that target the “sweet spot” between technology and people to drive more innovation to underserved communities. Twenty other finalists received $25,000 each. One of the goals of the competition is to start getting more nonprofits and private investors thinking about how to ensure the innovation economy works for all.

It is tempting to get wrapped up in the excitement around the next unicorn company with a $1 billion-plus valuation, but we also need to take a step back to see not only the shooting stars, but also the entire night’s sky. Those in the middle can offer a lot – backed by hope, pride, and rigor. As educators and supporters of entrepreneurship, let’s make sure we support their opportunities.

This article was originally published on Xconomy.